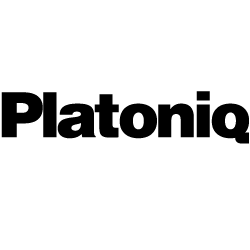 Platoniq is the Founder of the Goteo.org platform, a recognized, award-winning creator of an open standard for crowdfunding for social impact and the generation of new digital commons. Platoniq holds 7 years of experience in running a successful crowdfunding platform, has already run more than 150 workshops and has raised more than 7 million euro for open source projects!

Platoniq is a team of social innovators and digital platform developers based in Spain. Since 2001, the association of Civic Tech, free and open culture and citizen participation has been our main driving force to create social innovation regionally, nationally and internationally.

We firmly believe in the potential of open culture in opposition to the privatisation of knowledge and as a tool for more democratic and collective access to information, to the Commons and the empowerment of diverse communities. Through our inclusive approach, we facilitate collaboration and distributed innovation processes that are able to introduce cultural shifts in organisations from sectors such as education, culture, heritage and social and solidarity economy. Platoniq has designed the Co-creation made Agile methodology together with Europeana Foundation, and has been involved in the creation of Europeana Labs. The Platoniq team is further researching approaches to participation that are rooted into a more just design environment, centering on generating safe(r) offline and online spaces engaging the different communities and stakeholders impacted by the development of co-creative processes.

Currently, the team is engaged in researching the concept of Crowdvocacy as a distributed but coordinated process between different platforms where civic initiatives increase their influence. In this context, Platoniq is working closely with major digital platforms for citizen participation launched by the municipalities of Madrid and Barcelona – Decide Madrid (Consul) and Decidim.

Susana Noguero Social entrepreneur, co-founder and Managing Director of Platoniq, as well as co-founder of the civic crowdfunding and collaborations platform Goteo.org. President of the Goteo Foundation, she holds a Master’s Degree in Digital Arts and Audiovisual Communication from Pompeu Fabra University. Designer of gamification and engagement mechanics, with more than 10 years of experience in open innovation and co-creation methodologies. Together with her team she participates to 50 international events annually including workshops and conferences on digital culture, social innovation, education, civic empowerment, fostering engagement and entrepreneurship skills.

Olivier Schulbaum Cofounder, President and Head of R&D of Platoniq; Filmmaker. He has worked in TV documentaries  (mainly the ARTE Channel) focused on digital culture, music genres, politics and social innovation. Workshop facilitator focusing on cooperation and agile processes within organizations such as NGOs, institutions, cooperatives or social businesses.
Expert in Design Thinking techniques applied to new ICT products and services of European institutions, museums and national libraries. Member of the Europeana Impact Assessment Framework Taskforce.
Currently researching how to amplify direct democracy by bridging political participation, digital campaigning platforms, civic crowdfunding and technology.
In order to developing a common language for key actors such as policymakers, change makers and social impact investors, Olivier and his team are co-designing a framework for measuring the impact of civic initiatives, common to different platforms. The model can be integrated into internationally recognised models such as the Sustainable Development Goals (SDGs) and the UNESCO Culture for Development Indicators.

Ivan Vergés Pascual is the lead developer & analyst at Platoniq and Goteo Foundation. With a degree in Telecommunications Engineering awarded by the ETSETB (Universitat Politècnica de Catalunya, UPC)
With skills in programming languages such as Python, NodeJS, PHP, etc and advanced knowledge in GNU/Linux administration, he builds web applications, server systems administration and technical documentation.
In the Goteo Platform, he has led the major code refactor of the version 3 of the software (available as a free software) and provides support for the underlying server infrastructure.
He has also developed the Wotify digital tool (used throughout the Ideacamp 2017). This project is the evolution of an existing open source software, transformed into a new modularized, highly configurable digital tool for the Wotify methodology
Ivan leads the technical developments and research around open source digital tools for the OpenHeritage and CultureLabs projects, funded by the European Union’s Horizon 2020 research and innovation programme.