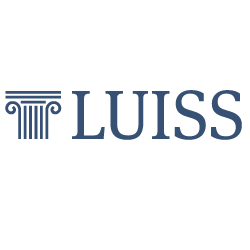 LUISS is a Laboratory for the Governance of the commons, an international applied-research laboratory and a partnership between LUISS University in Rome and Fordham University in New York, which is carrying on the idea of a “collaborative city”, or CO-city, in several cities in Italy and all over the world. The research-action project consists in creating and/or accompanying the creation and diffusion of collaborative spaces within the city: the “collaboratories”, new places/institutions where new forms of enterprises where open, collaborative and digital production and manifacturing are generated, and where at the same time the policies needed in order to enable those new forms of economy are designed. During the process, LUISS applies the principles and methodologies of 2009 Nobel Prize for Economy, Elinor Ostrom.

Christian Iaione (PhD) is associate professor of public law at Guglielmo Marconi University of Rome, fellow of the Urban Law Center at Fordham University, and visiting professor of governance of the commons at LUISS Guido Carli where he directs LabGov – LABoratory for the GOVernance of the Commons (www.labgov.it). He has been the expert of the EU Committee of the Regions who drafted the opinion on the “Local and regional dimension of the sharing economy“. He is member of the Sharing Economy International Advisory Board of the Seoul Metropolitan Government and e advisor of several Italian local governments and institutions (Tuscany Region, City of Rome, City of Bologna, City of Reggio Emilia). Graduated in Law at LUISS Guido Carli, he earned an LL.M. in Government Economic Regulation at NYU School of Law and received his PhD in European and Comparative Public Administration at Sapienza Business School. In 1999 he has been visiting at Boalt Hall University of California, Berkeley, and in 2000-2001 he was intern for the European Commission in Brussels and at the International Law Institute in Washington D.C. From 2002 through 2006 Christian practiced law with Allen & Overy and Freshfields Bruckhaus Deringer. From 2002 through 2008 he has been research fellow in public law and economics at Sapienza Business School. In 2005-2006 Christian has been land use professor at LUMSA University in Rome. In 2006-2007 he has been Emile Noël Fellow at la NYU School of Law Jean Monnet Center. In 2007-2008 he has been visiting scholar at the Rudin Center for Transportation Policy and Management of the NYU Wagner School of Public Service. From 2009 through 2014 he was assistant professor at Cusano University. In 2011-2012 he taught Federalism and multilevel governance at Sapienza Business School. Christian has published several articles in the field of public and administrative law and, in particular, land use, public goods and the commons, public services and public contracts, urban law and local government. He has authored two books and co-edited two books.

Elena De Nictolis is a PHD student at LUISS University in “Political theory, political science and political history” and head of the research and projecting area of LabGov. She graduated in “Science of Government” at LUISS University and attended the Essex summer school of Social science data analysis and collection. She is currently Junior researcher at CMDI – Center for media and democratic innovation, attended the PHD Summer school “Democratic innovations” at the University of Zurich, participated to the RENA Summer school “Good government and responsive citizenship” and to the “Sharing school”, and presented a paper at the ECPR joint session in the University of Warsaw, workshop “Can democratic innovations improve the quality of democracy?”. With LabGov, she has been principal investigator, together with prof Christian Iaione, of both the Co-Bologna and the Co-Roma projects.

Benedetta Gillio is a student at LUISS University in “Public Policies” and President of the start-up Friends of LabGov. She graduated in Political Science at LUISS University and she attended the Faculty of Urbanism at the University of Montreal through the Erasmus exchange program. She was a trainee at ANCI (the National Association of Italian Municipalities) – URBACT. She is now project manager of Co-Rome project.