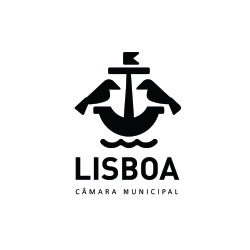 Lisbon was subdivided in 53 parishes, presently though its planned an administrative restructuring which will downsize it to 24 parishes. The municipality is governed by a City Council composed of 17 councilors in charge of several areas (Housing, Local Development, Environment, Urbanism, Rehabilitation, etc.) which manage and promote the definition and implementation of policies, strategies and intervention for the city.
Lisbon, under a Community-Led Local Development European application, has promoted the establishment of a city Local Development Network (Rede DLBC Lisboa) supported by a wide political cross-sectorial commitment involving all main city and local stakeholders, that reinforce the role and participation of local city organizations.

Miguel Brito concluded the Architecture degree at the University Lusíada in 2001, began his professional career at the Atelier “Percurso”, where he collaborated in several projects, from housing to social and industrials facilities, contests of ideas and elaboration of Municipal Master Plans. Post Graduate in Environmental Law, Planning, Urbanism and Tourism, by the Lisbon University – Law Department. Founder of the Research and Development Cooperative in Architecture and Sustainability – CIDEAS, dedicated to researching and developing new technologies in the construction processes. Initiates his public activity at the Lisbon Municipality, in 2002, through an internship on Planning and Urban Management. Has been the urban management coordination responsible for the Urban Rehabilitation Program “LX A cores – EPUL”. In 2009 he has been invited to work as an technical advisor for the Deputy Mayor, Helena Roseta of the Body of Housing and Social Development, and to coordinate Lisbon’s Local Development Strategy for the Neighbourhoods and Zones of Priority Intervention, framed in the methodology of the Local Housing Program. Participates in the coordination and represents the City of Lisbon at the Intercultural Cities Program Network – Building the Future on Diversity – co-funded by the European Union and European Council. He is the coordinator of the newly established Neighbourhood Support Intervention Local Office – GABIP Ex-SAAL e Autoconstrução (For Lisbon former self construct Housing cooperatives).
Project Manager for the City of Lisbon at the European Project USER – Changes and Conflicts in the Use of Public Space – UE Program Urbact II.Guest lecturer for Entrepreneurship and Social Innovation module in the Specialization – Collaborative Territories, of ISCTE – IUL in partnership with Arquitectectos Sem Fronteiras Association and Lisbon Municipality.
Appointed as the Executive Director of Lisbon new Local Development Department coordinates and manage implementation of the municipality Local Development Strategy focused on Lisbon Priority Intervention Neighbourhoods and Zones. This department has main objective is to promote Lisbon territorial cohesion and the combating of exclusion and poverty through participation and socio-territorial co- Governance mechanisms.

José Ferriera has a Teology degree from Universidade Pontifícia Salesiana – Roma (1992), a Post Graduate in Teologia Pastoral from Universidade Católica – Núcleo Regional do Porto (1993) and Master in Teologia Prática from Universidade Pontifícia – Salamanca (1997), thesis in ‘Sinais de Esperança no Quarto Mundo Europeu’. Member of Sociedade Salesiana with several different work with: social risk groups and dependencies – Turin, in Oporto – with street kids and in Madrid with convicts groups.
Between 1999-2017 is working in the Lisbon Municipality, being: the as Homeless Population Intervention Team Coordinator (1999-2001); Adviser to Councilors with the roles of Social Action and Housing; Assisted House Program Coordinator (2002 a 2005); Coordinator of the Municipal Intervention Strategy in Dependencies (2006 e 2007); Municipality Representative in the implementation of Lisbon the Social Network (2007); Support the Municipality elected Organs in their relationship with Religions, Worship and Associated Communities with residency in Lisbon (2008 to 2015); Head of the Division of Local Interventions Support, in the Local Development Department, of the Municipal Department for Housing and Local Development (2015 to the present).

Maria Victória has a Graduated in Sciences of Development and Cooperation by the Moderna University in 1993 (Lisbon). She developed a Curricular Internship at the University of São Paulo (USP) – Brazil, in Urban Planning and Planning, during 1998, in the ambit of the Master in Human Geography and Planning (97/99). In 1999, She subscribe in the Post-Graduation in Urban Design and ended in 2000 – Protocol between the Lisbon Chamber, the University of Fine Arts in Lisbon and the University of Barcelona. From 1999 to 2003 she worked with the Plastic Artist Fernanda Fragateiro in Public Art Projects and Participative Public Art Projects. In 2000, she joined the Lisbon City Council (CML), where until 2008 she worked in the area of ​​Social Housing / Repossessions. In 2004 she defended the Master’s thesis in Urban Design in Barcelona, ​​and he enrolled in the PhD in Waters Fronts (Barcelona). In 2009 she is invited to participate in the PLH Working Group (CML), and there she develops the Areas of Priority Intervention Map, framed in the Local Housing Program methodology. From 2011 to 2015 she is a Territorial Manager of Local Partnerships Projects in the Historical Center of the city (BIP / ZIP Program – Local Partnerships), in parallel she provide a Technical Assistance to the Support Office for the Intervention Neighborhoods Ex-SAAL and Autoconstruction of Lisbon and Management of Territory under the European Project USER -Changes and Conflicts in the Use of Public Space of the URBACT II Program of the European Union. At the present time, she works as Technical Advisor to the DDL – Local Development Department.