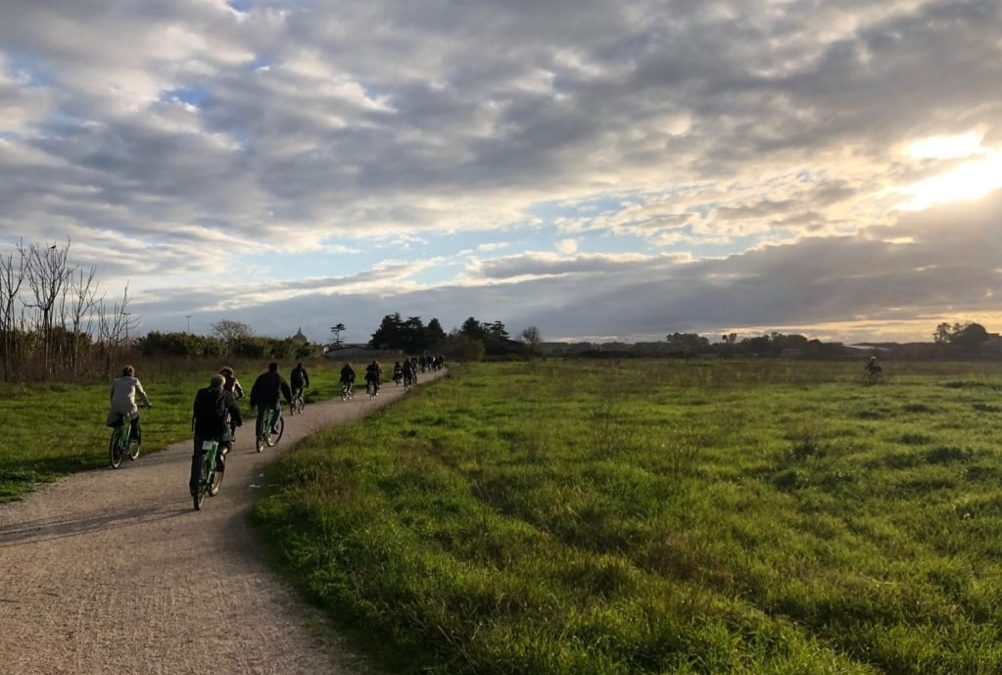 On Sunday 8th December, taking advantage of the third Open Heritage Consortium Meeting, CooperACTiva organized a guided tour to discover the Centocelle Archeological Park and the “ACT”cultural district. Participants were taken by shuttle buses from the meeting point at Termini Station to the entrance of the Park, where CooperACTiva members organized a small introductory lesson on the historical and cultural peculiarities of the district. At the end of the lesson the actual tour took place: the participants, equipped with bicycles, left to discover the area. At the beginning of the tour, the company cycled along the paths of the Centocelle park, where they visited the most important points of interest of the area. The first stop was the Roman Villa called “Villa Della Piscina”: the site is currently at the centre of a major safety and museum project that will make the attraction accessible to a massive public. Later, the visit moved on to the landing strip of what used to be the first airport in Italy, and also the place where the Wright brothers took their first airplane flight in 1909. The visit then moved on to the area of Torre Spaccata, in the north-west of which there is the Torre di San Giovanni: a monument from the Middle Ages, which has remained in excellent condition until today, despite its vas quite neglected during times. Near this place, behind the “Rugantino library”, is a garden adopted by the community. The guides then took the participants out of the current area of the Park to the old farmhouse dating back to Roman times known as “Osteria di Centocelle”. In terms of outputs, the visit has helped to increase the local community sense of belonging, also through the sharing of its cultural heritage. Moreover, it has helped to make the testimonies of the archaeological park known to international visitors who had the opportunity to take advantage of the visit, organized by the local organizations that manage the lab.