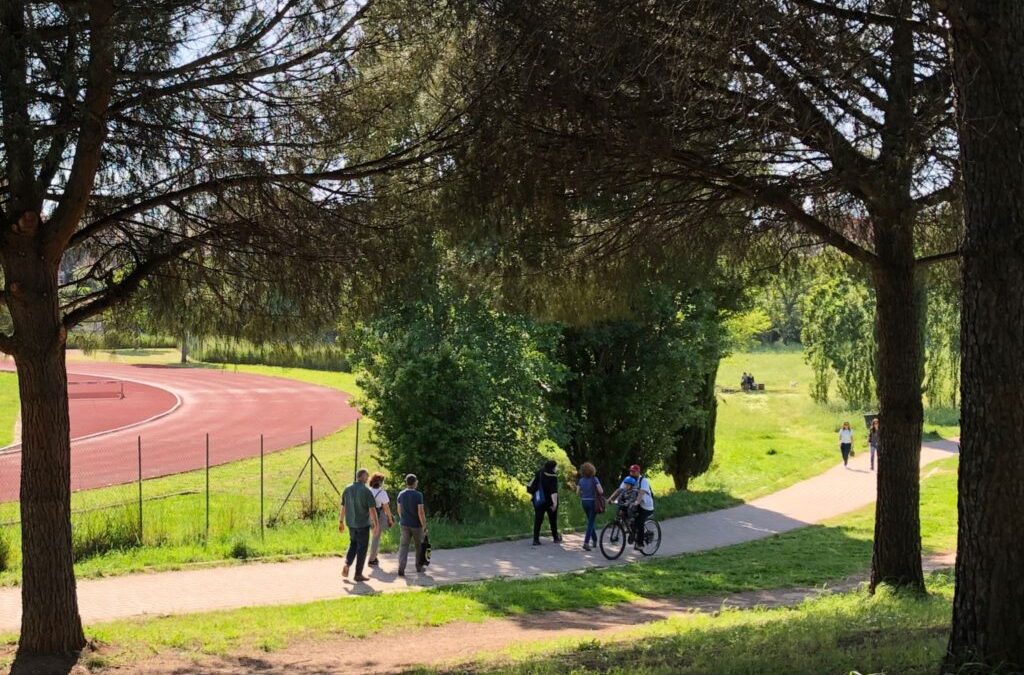 The first heritage walks were held in May and continued through the month of June 2021. Both the neighborhoods’ inhabitants and others of the city of Rome joined. This is all the more important, as in June, trips were still restricted, even between different Italian regions and from abroad. Despite these restrictions – while the number of participants even for outdoor initiatives – the community was able to organize different routes and achieve a high level of participation. In most cases the walks organized were free of charge. The inspirational idea behind the initiatives was to test if and how these experimentations were useful for the neighborhood cooperative’s business activities in the forthcoming future. 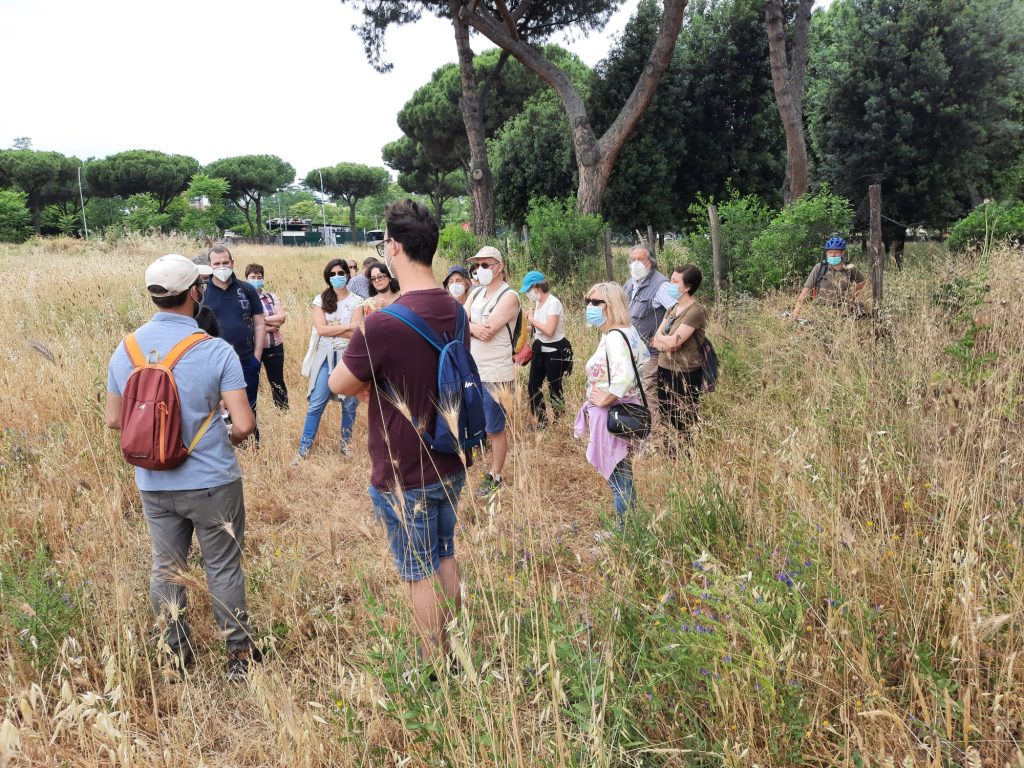 The cycle of walks opened on May 8th with a visit to discover the Centocelle Archaeological Park, retracing the sites of the excavations led by an archaeologist and a naturalist. The route led participants on foot up to the Pratone of Torre Spaccata. Experts and local guides then accompanied participants on a discovery of the Alessandrino district, including archaeology, contemporary architecture, public parks, and the stories of its inhabitants. The walk led participants into the heart of an area that was described as a collection of small hamlets scattered across the Roman countryside a 100 years ago. Visitors also enjoyed the wonders of the Palatucci Park with its wide variety of plants, the Acquedotto Alessandrino, the last of the Roman aqueducts, with its large arches, and the Church of God the Merciful Father (also known as the Jubilee Church).