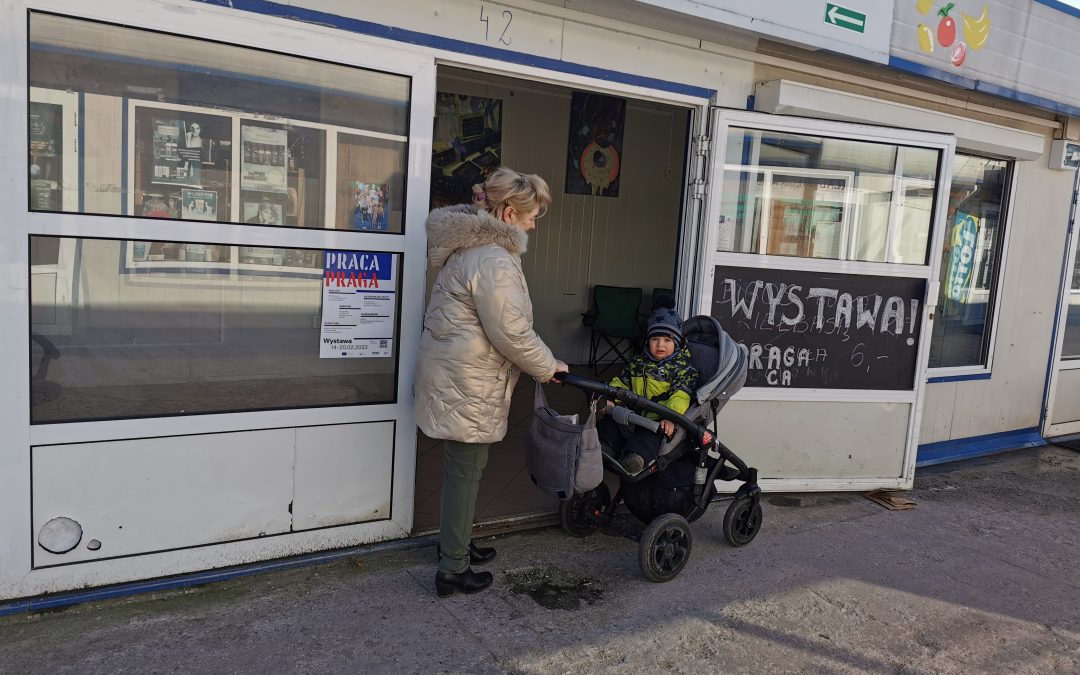 From among twelve interesting applications, the jury selected five proposals to be realised in Praga Północ in the second half of February 2022. As the the members of the jury, PragaLAB team were joined by: Anna Tomaszewska (PragaLAB Advisory Board, Praga activist), Adam Lisiecki (PragaLAB Advisory Board, Museum of Warsaw Praga) and curator Tomasz Fudala (Museum of Modern Art in Warsaw).

For the exhibition, five art installations were created, presenting the work of women and men, artists and craftspeople. They were displayed in specific locations, always related to work, with strong links to the past—and hopefully also the future—of Praga: a vibrant, active, creative and entrepreneurial district.

From 14 to 20 February 2022, visitors could view the following installations in the Praga Północ district of Warsaw:

Magazin presented paintings of Maria Kiesner, including those depicting the buildings of the no longer existent Cora, Warszawa Wschodnia railway station, the Stadion bus station and the demolished cinema in Saska Kępa. The iconic buildings of Praga are the main motif of the exhibition, complemented by source materials that the artist worked with while painting. The installation was presented in the artist’s studio at ul. 11 Listopada 22, where Maria Kiesner, Anna Wójcik, Julia Burek-Wolska, Agnieszka Sandomierz and Stefan Paruch have been sharing space to create their artworks since November 2001. During the exhibition, it was possible to see and better understand the strenuous work of people connected with art, work which is invisible from the street, and carried out in difficult conditions characteristic of Praga. Several visitors took the opportunity to talk with the artist. 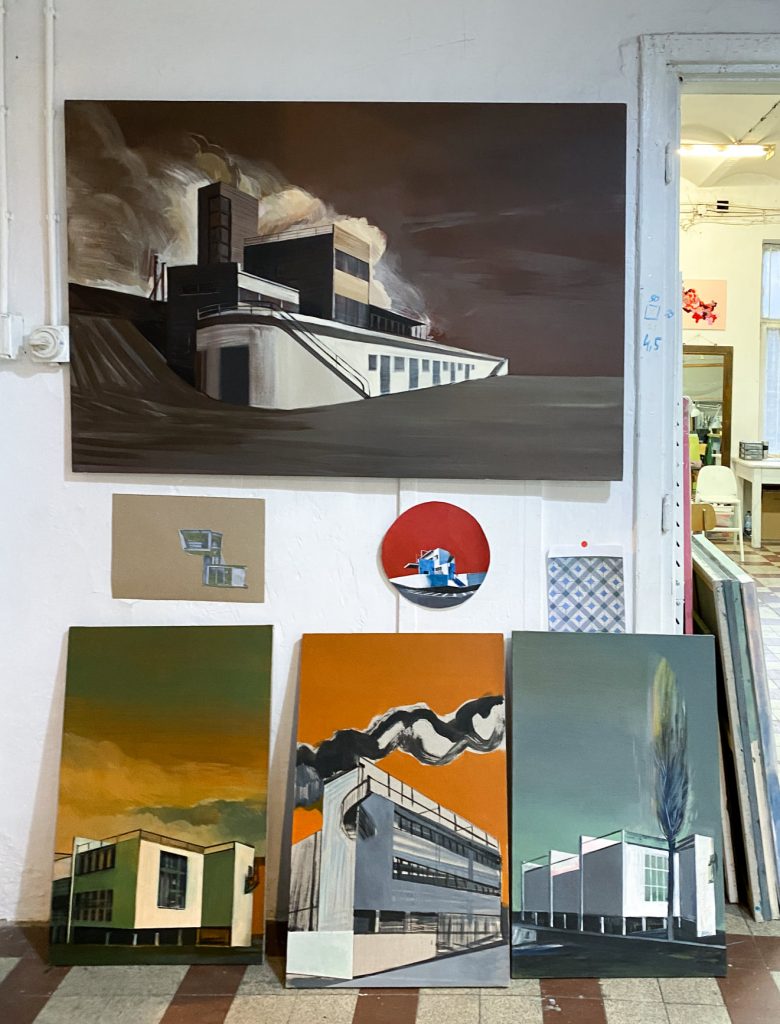 Viola Głowacka presented her paintings and ready mades as part of the Kiosk Ruchu i Strachu (Kiosk of Motion and Fear) and Toothstreet series. The paitings were inspired by an exploration of the urban space of Praga Północ. The works were displayed in a pavilion at the Namysłowska Street bazaar, a very popular place perceived by the artist as an escalation of mass culture. The installation confronted art and the daily toil of local sellers. 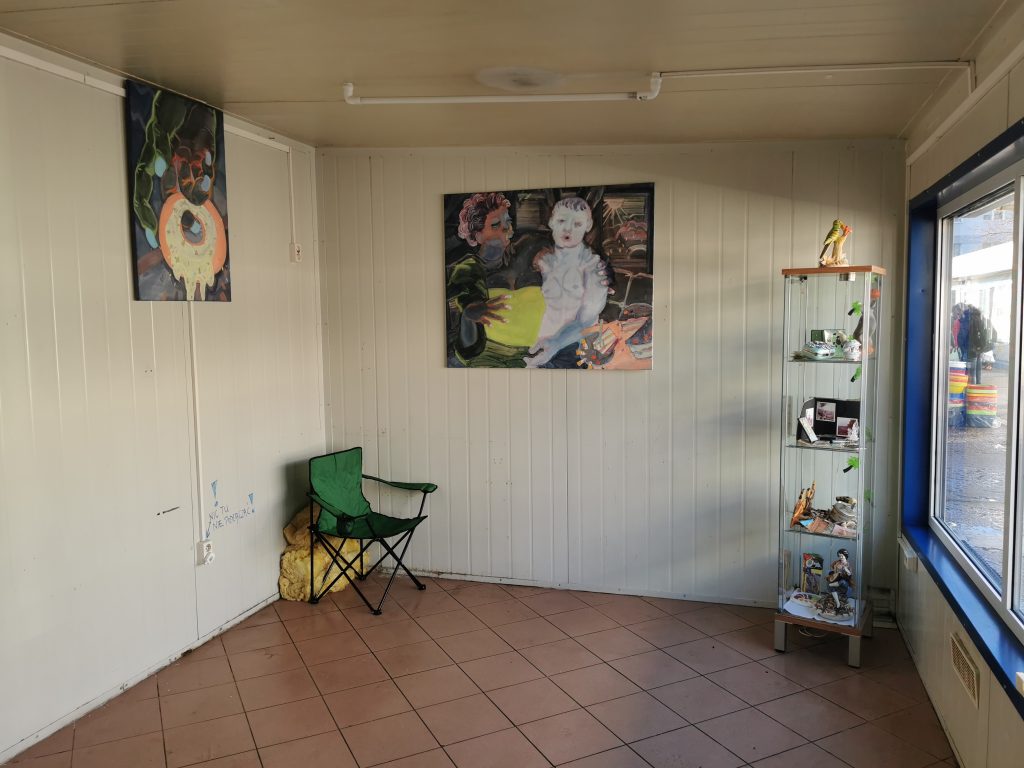 Is a golden egg still a symbol of luxury? An egg-shaped cake which referred to the famous Fabergé egg by the Russian goldsmith Peter Fabergé was the focal point of an installation by siblings behind the new and alluring Tadam! confectionery store. The golden egg cake presented at the exhibition was handmade, following the guidelines of traditional confectionery, and the entire production process was coordinated by one person who supervised its quality. It was displayed in a shop window and conveyed a belief that time spent at the table with good coffee and cake can be a source of joy for many. It followed a very Varsovian tradition of craft confectionery. The egg is to become part of the store’s regular offer from now on! 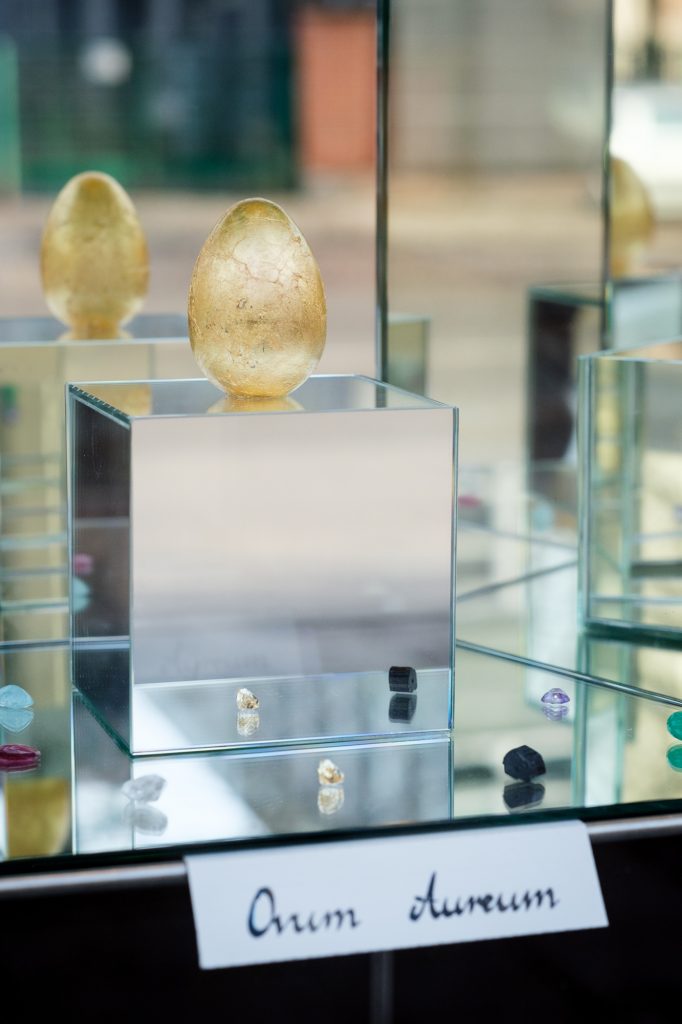 Aga Szreder decided to present her masterpiece: the installation / sculpture / shadow of a worker. The interplay of light and shadow highlighted complex aspects of the work, rewriting their meanings.  The form of the sculpture alluded to constructivism – a period that valued both the ethos of physical labour and sought to create a modern visual language in terms of composition and form. Marta Handschke’s playback text told the story of the life of the ‘Worker’. In addition to the installation, a video recording of Aga Szreder’s own physical work on sculptures was available for viewing on the screen. The image of a worker’s toil was juxtaposed with the image of the artist, both of them performing a specific kind of work, at different moments in history, in different contexts, yet physically involving and taking place in the same space, in Praga. 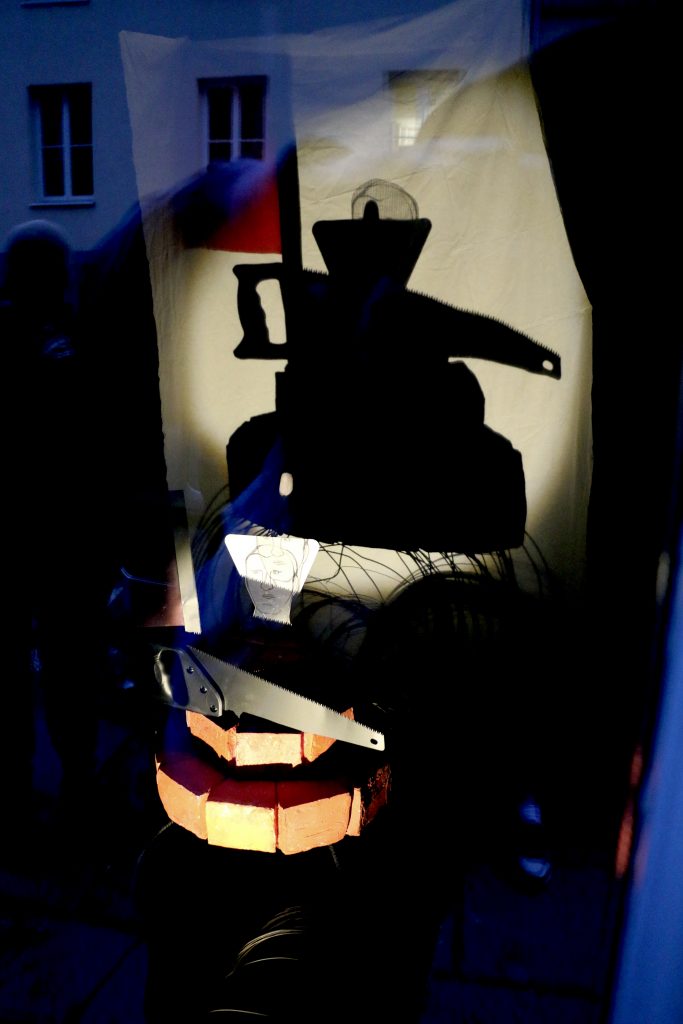 And finally, Chess A00 was an installation presenting the design and production process of the A00 chess set created for the 100th anniversary of the Bauhaus, and the Wulumul set, designed for more mechanised production. The installation presented the whole working process: sketches, models in clay and plaster, casts, material and colour tests, prototypes. The idea for A00 originated at the Pracownia Wschodnia [Eastern Workshop] during countless conversations over the of coffee. The artists Kasia Rysiak and Agnieszka Wach, studying the rules of chess, decided to design their own set – elegant, contemporary and made of high-quality materials. It is also the fruit of collaboration with other artists from Pracownia Wschodnia, including Paulina Mirowska. 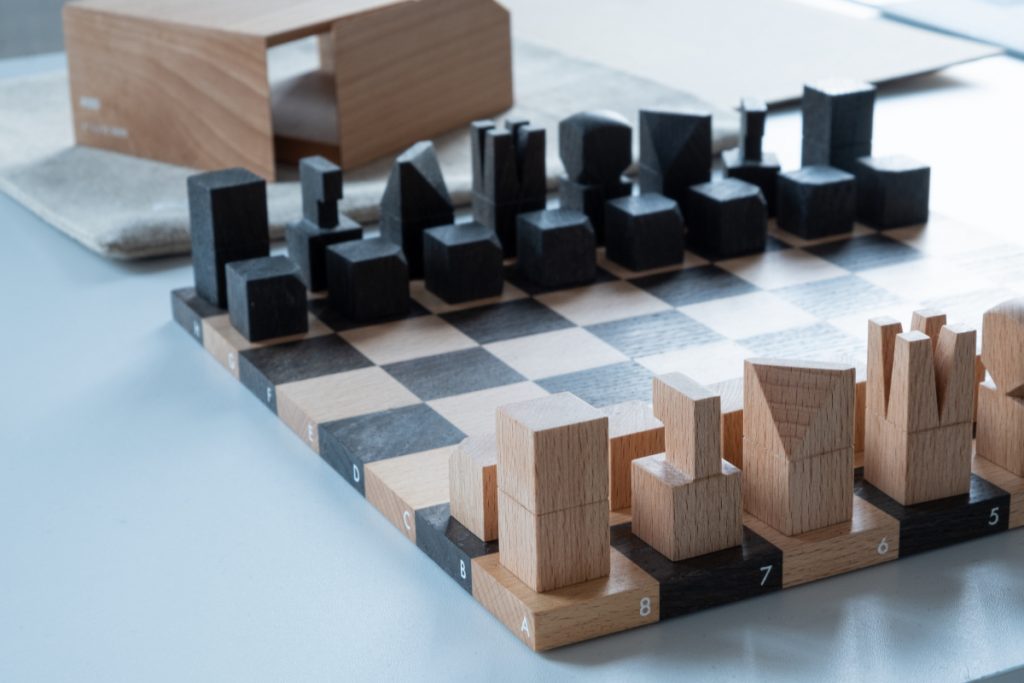