Pilis as a historical and archaeological site 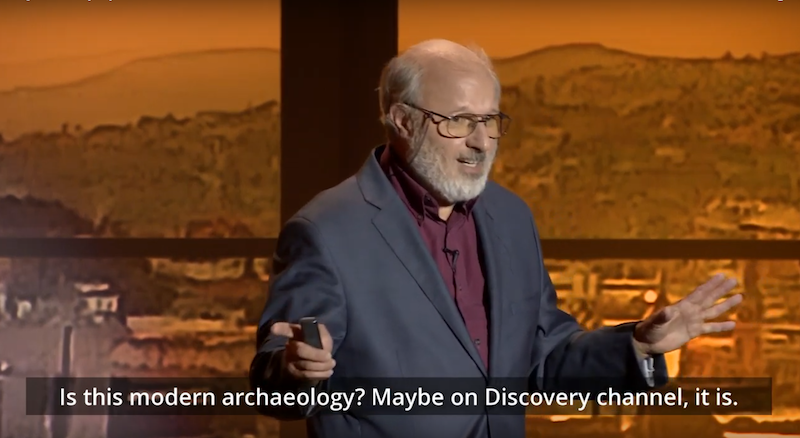 The Lab, which is an archaeological site turned into a biofarm, seeks to spread knowledge not only through guided tours at the site but also through other forms of education about history and cultural heritage. The first lecture in Central European University’s lecture series called Borderless Knowledge (Határtalan Tudás) in the academic year 2019/2020 focused on the Pilis area, where our site Pomáz-Nagykovácsi puszta is located. The talk, given by József Laszlovszky, archaeologist, the head of the Pomáz Lab and researcher of the Visegrád Royal Center, as well as Director of Cultural Heritage Studies Program at CEU, addressed several questions in terms of the public awareness of the Pilis archaeological heritage and various popular historical misconceptions about this region. Why does the heart-shaped area of the Pilis Mountains have a special place in Hungarian culture? What are the archaeological mysteries of Pilis and what tools are being used to discover them? Were there royal burials taking place in the Pilis, as various theories hypothesize? Where exactly was the royal centre of Hungary a thousand years ago, and how can we find it? How can landscape archaeology help? Prof. Laszlovszky was accompanied by archaeologist Katalin Tolnai, land surveyor, Geographic Information System (GIS) expert and researcher in the topic of the nomadic ruin cities of the Khitan Empire. She presented tools that archaeologists use to map areas, such as satellite images, drones, small planes, the LiDAR laser detection technology, magnetometers and ground-penetrating radars.

Following the lecture, a panel discussion took place with the participation of archaeologist and academic Elek Benkő (Director of the Institute of Archaeology, Research Centre for the Humanities), who has carried out complex examinations in the Pilis. Architect Attila Szczuka also joined the panel discussion. He participates in the Pomáz-Holdvirágárok excavations supported by an emblematic figure of Hungarian pop music, Levente Szörényi and followed closely by many of the interested public; this inquiry builds on the hypothesis that ancient Hungarian kings m ay be buried at this location.