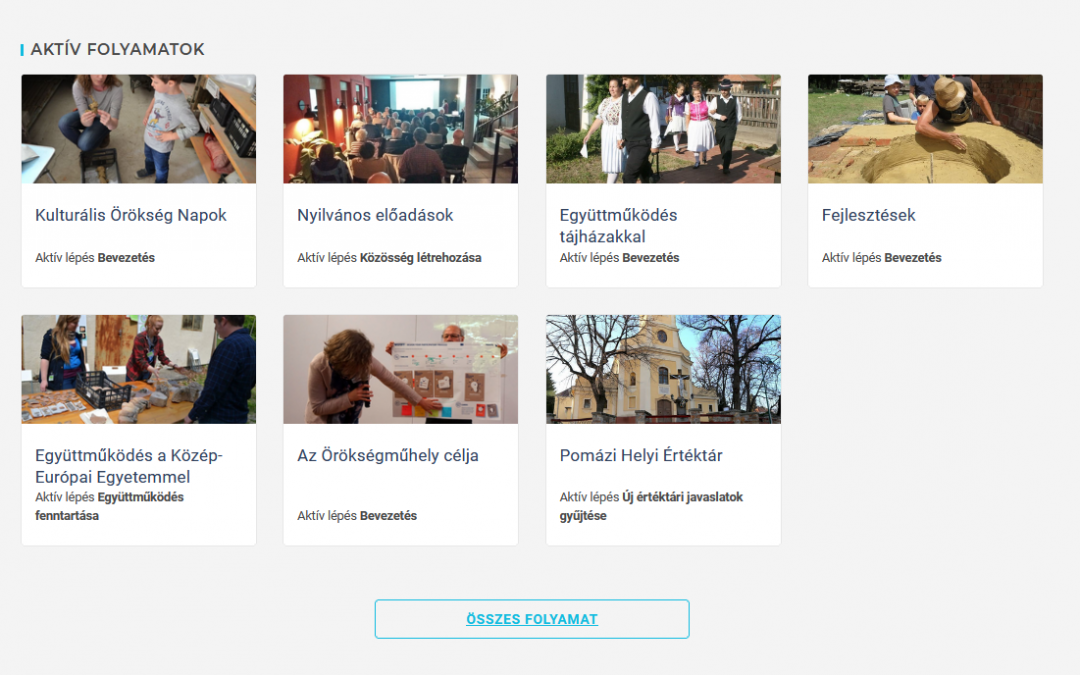 Although physical the site of our Lab, the Pomáz-Nagykovácsi puszta archaeological site has had a Hungarian website, where community events has often been advertised, it soon became clear that we would need additional features that facilitate two-way communication and community building. The Glasshill website has functioned as a collection of news, short posts, and scholarly articles about the archaeological site itself, but it left little room for the community to give us feedback or contribute to the discussion about cultural heritage or site development. Therefore we decided to try and launch a website created based on the Decidim platform, a software that has been used by municipalities in Spain to help common decision-making, while we keep the old site too, as a more traditional information hub. Launching the Decidim site gave us an opportunity to try and channel the already existing, mostly informal communication between locals about heritage and its modern reuse into a little more formal, more public and more transparent arena.

It was clear that the numerous functions of the Decidim website will pose a challenge to the average user, not only because the site offers lots of different options and settings, but also because Hungarian communities are not really used to this form of communication and decision-making, especially outside the modern urban hubs and where many elderly people are involved. However, having various options for communication can help us establish the preferences of the local community and how the discussion on local heritage and its reuse can be made most inclusive.