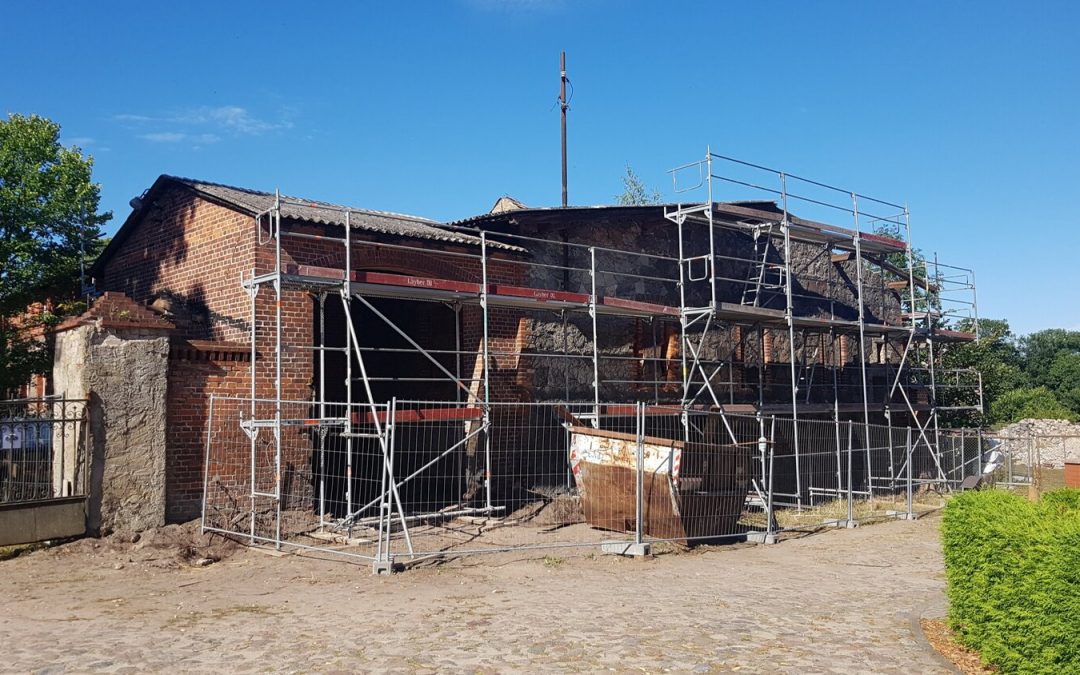 This event was the introduction for the participation process of the village barn project, which is a central aspect of how OpenHeritage works on the site. The village barn, a former agricultural building, is slowly being developed as a central point of exchange between the Hof Prädikow manorial site and the village. In other words: It will be the physical link between the people living in the village and the residents of the new cohousing,  working to re-establish the long lost connection between the village the manorial complex. Although there is hardly evidence now, before 1990 many village residents used to work on the current Hof Prädikow site, and it played a central role in the village’s life. Its closing, followed by years of abandonment and neglect broke this connection. OpenHeritage is providing support to rebuild it. 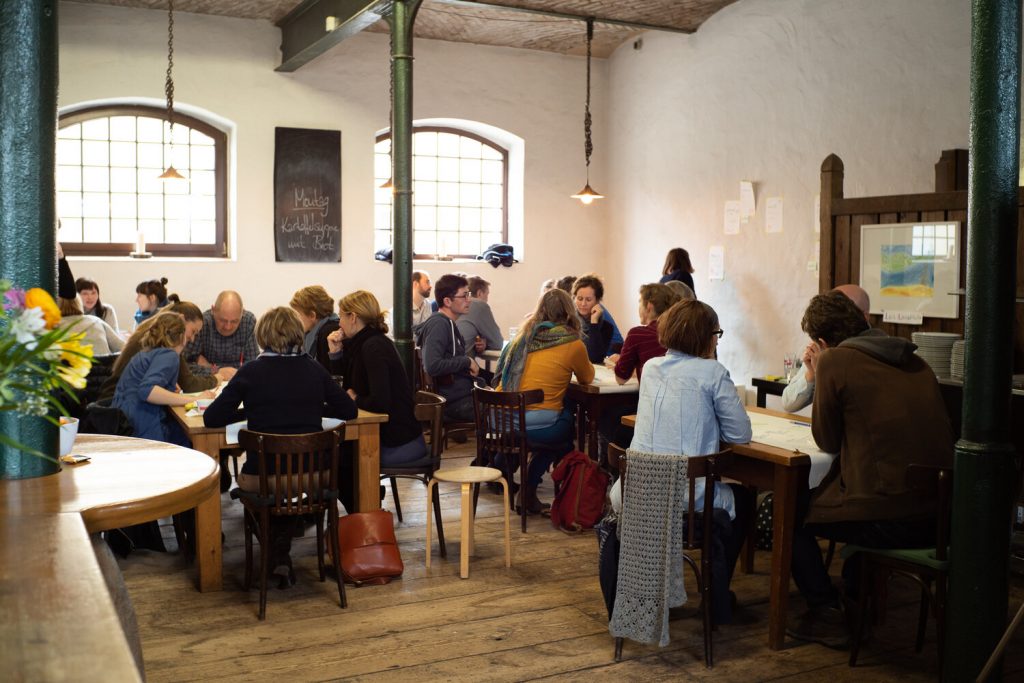 At this first event there were about 20 people from Prädikow and 20 from the farm group project who came to see and hear about the plans and ideas for the former barn building, that will be transferred into the village barn. The concept of the participatory process and the first ideas were presented, and the people were invited to remain involved.