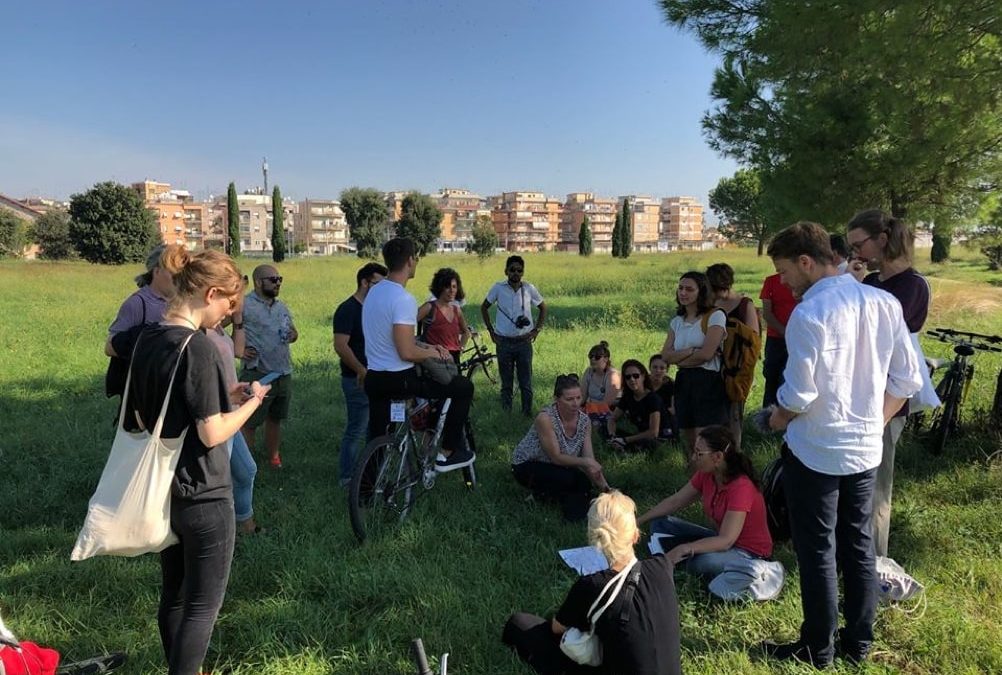 As part of the Faro Convention Network, the CO-Roma coalition took part to the annual Council of Europe initiative of the European Heritage Days organizing Heritage Walks on 21-22 September. Participants discovered some key locations of the co-district. Not only local communities but also some European actors (such as Eutropian and the European Cultural Foundation) took part in the walks. The walks started from the urban garden “Isola San Felice”, a green space taken up for adoption and managed by 100eacapo APS Association. This area has a strong social value for the community, it is in fact the first micro-regeneration activity carried out together with LabGov and National Agency for research on renewable energies and sustainable development, ENEA. Over the years it has continued to be a safe space for the entire neighborhood where children can play and meet in the afternoon. 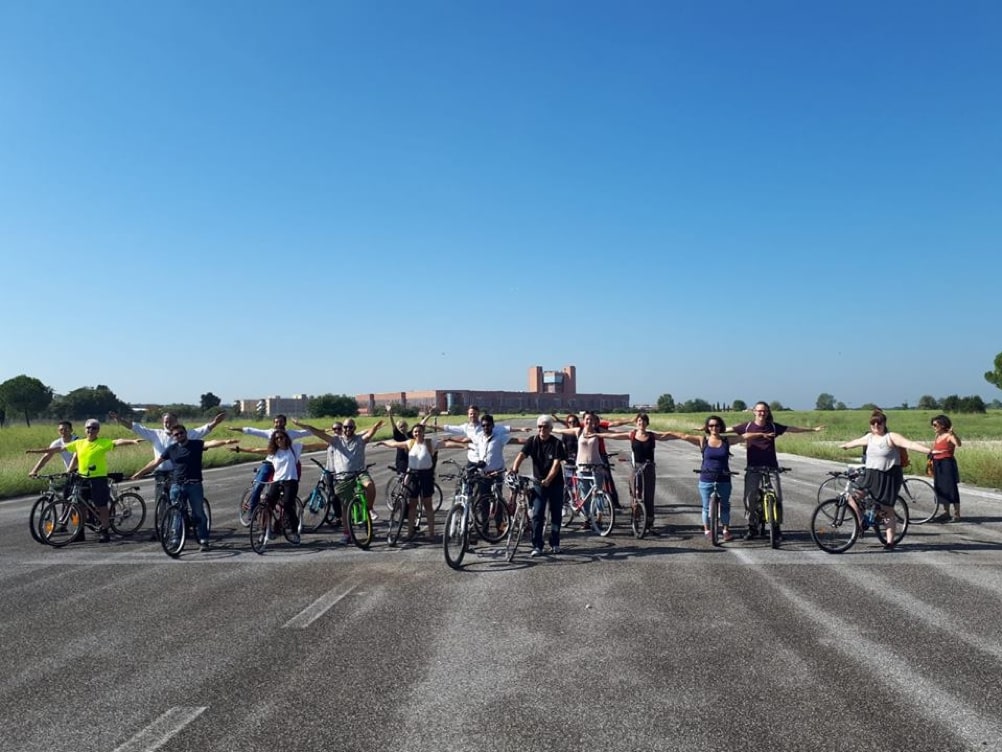 Participants to the bike tour initiative in the Archeological Park of Centocelle as part of “Hertiage Walks” events (September 2018).

The next stop was at the Osteria di Centocelle, after a walk through the Park, where participants were able to admire its environmental and historical beauties and learn – thanks to the explanation of an archaeologist – about the heritage located under the park, especially the two Roman villas. Afterwards, participants reached by bicycle the Tower of San Giovanni also known as “Torre di Centocelle”, from which the group continued to the so-called “Parco della Cultura” and “the vegetable garden of collaboration” hosted by the Rugantino library in Torre Spaccata. These vegetable gardens have been important instruments of involvement and awareness at local level. Passing through the Alessandrino waterworks, another historical monument that crosses the Co-District, the walk then stopped at Fusolab 2.0, an important space for social gathering, training and innovation. The common thread of the walks was to tell through visiting the Co-District key places the work done so far by the community and the great potential that characterizes those areas, both from a social, economic environmental and cultural point of view.