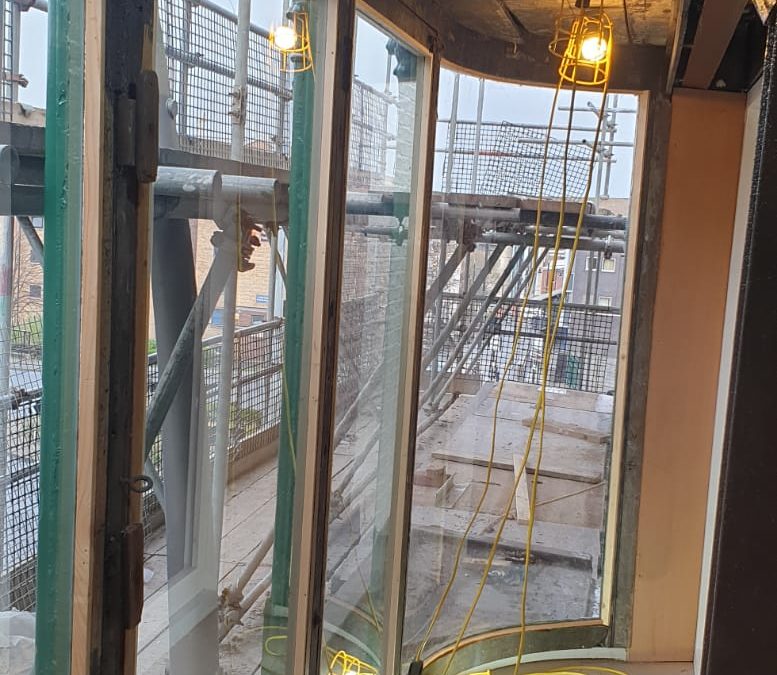 Up until now, various crowd funding campaigns have carried out in relation to the buildings, but only one of them ran by the TWBPT, and supported by OpenHeritage. This one by TWBPT was a heritage focused , called ‘buy a brick for Sunderland’. People would ‘adopt’ a brick for a £1 that would be used in the building, and the idea was they could come and write their name on it, but that was impossible due to Covid.  They could also invest more, and get a ‘scaffold tour‘. The 3rd option was to get a membership the Trust, linking it to a wider organisation rather than the project

The other ones were all ran separately by the users/ tenants. One was a ‘responsive’ one, after a break in where some instruments of the young musicians group had been stolen, they set one up to be able to buy new ones (or they could donate instruments directly). Another one was ran by Sunshine cooperative, a zero-waste food store, moving into one of the buildings,  who specifically wanted to fund an accessibility ramp for their shop. A fourth one was in the making, but PopRecs, who will be running a music venue and coffee shop from these buildings, didn’t feel comfortable doing another crowd funder, as they already did a very successful one a few years ago. When Covid hit, and they had to shut down their old shop, they instead set up an online shop, where they still sell merchandise with designs by local designers and their own brand built up carefully over the past 7 years.

To make “buy a brick” a success, we tried to stimulate and support all these different ‘variations’ of crowdfunder’s as much as possible, and obtained match-funding grant from Architectural Heritage Fund which offered a £1 for every £1 gained through CF up to £25.000 pounds

For more detail you can also watch this presentation.

Currently, the team is looking into how to follow up, with the community of interest, see if they want to come for a tour, the opening, another moment, and how we can create a more long-term connection, so they will also keep coming for a veg box, or a coffee in the coffeeshop, or a gig in the venue, to support future tenants.  These crowd funders do not necessarily create a long-term commitment to the project, which is why they work of course in some ways, but it would also be interesting to experiment more with other forms of ‘crowd’ based funding, that is less about a ‘start capital’ but more about building a community of investors, for example trough community shares.