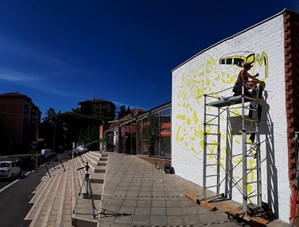 The Living Memory Exhibition focused on creating murals. The illustrated map of the neighborhood was entrusted to the street artist CROMA who was able to reinterpret the area of Centocelle through its people and activities: the bicycle workshop, the yellow train, the drawing of a sheep right where the burned bookstore was, and again the historic streetcar 19, the partisan history, the market, the aggregative spaces, the Roman aqueduct and the C metro. A map without streets but made of stories and symbolic places drawn on an entire wall right at the entrance to the neighborhood, at the intersection of Via Prenestina and Via Tor de’ Schiavi. 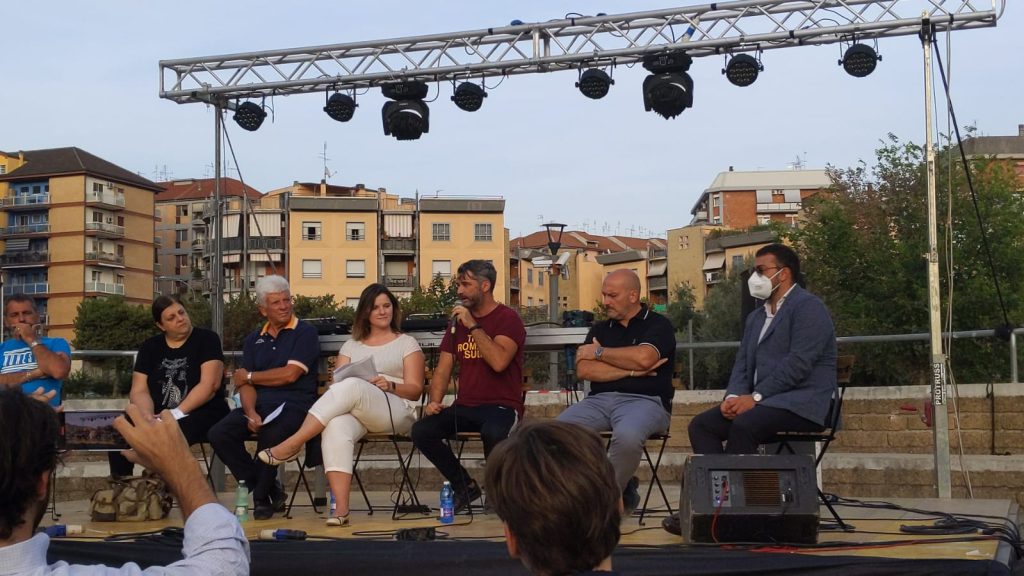 The first of the planned murals was unveiled on September 25, 2021, at an event organized by CooperACTiva, in collaboration with Fusolab and a.DNA. Starting at 5:30 p.m., a discussion session on the social role of cultural heritage and neighborhood markets in the city will be held with representatives of the institutions, both national and European, involved. This will be followed by the unveiling of the mural created by Claudia Romagnoli ‘Croma’ and a live painting session. Not to be missed will be live music and DJ sets with Il Turco, DJ Ceffo and DJ Brush with Nitrus! The artist CROMA’s illustrated maps of neighborhoods have also become part of the OpenHeritage project, which, in the context of the Living Memory Exhibition.