The Centre for Mobility and Spatial Planning (AMRP) 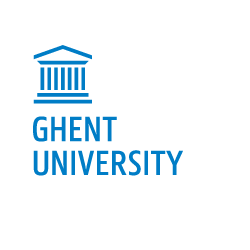 The Centre for Mobility and Spatial Planning (AMRP) is a multidisciplinary and international oriented research and teaching group of the Faculty of Engineering and Architecture at Ghent University.

AMRP is focused on the elaboration of co-evolutionary planning in reference to emerging spatial challenges, such as citizens and community-led urban development, housing, heritage, sustainability, climate change, urban economy, energy transition, open space, … Such spatial challenges are characterized by uncertainty, new actors, a changing playing field and a shifting institutional landscape. Research takes place according to the principles of actor-relational governance, in which both citizens, businesses and government are regarded as pro-active contributors to spatial transformation.

The theoretical and methodological background of AMRP lies within the actor-relational approach to planning. This approach focuses on the process of network building, in which various actors and spatial entities are brought together around new and innovative business cases and spatial associations, in order to attract new, robust and sustainable market alliances. It derives its leitmotif from the actual debate about state controlled versus neo-liberal planning and reflects on innovative post-structuralist scholars in the field of planning, economics, social geography and governance. As such, AMRP takes the position that not only governments, but also (and sometimes predominantly) citizens and businesses are pro-active contributors to spatial transformations. Researchers at AMRP have been among the pioneering spatial planning scholars annunciating the emergence of citizen-led initiatives in urban development, addressing the major impact this emergence has on the profession of spatial planning, and as such, laid the base for the now widely spread and applied notion of urban self-organization.

AMRP takes a pro-active and operational research approach, in which participation, stakeholder involvement, daily urban and planning practices, experiments and Living Labs are key principles – in addition to the usual retrospective case studies. The research of AMRP results in concrete suggestions how to develop a more resilient planning-approach in an ongoing globalising, complex and fragmented world.

Dr. ir. Beitske Boonstra works as Doctor-Assistant in Spatial Planning at Ghent University, Department of Mobility and Spatial Planning. Her projects and research focuses on civic-led and cooperative forms of urban development, and the implications in governance and governance-capacities of the emerging “City-Makers”-movement across Europe. Thematically, her research is centered around notions such as self-organisation, Do-it-yourself Urbanism, adaptive governance, co-evolution. She holds a Master degree in Urbanism from Delft University of Technology (2005) and a PhD in Urban and Regional Planning from Utrecht University (2015). Her PhD-thesis, titled “Planning Strategies in an Age of Active Citizenship: A Post-structuralist Agenda for Self-organization in Spatial Planning” addresses the emerging practice of civic initiatives in urban development, and explores the consequences for the role of spatial planners. From 2006-2016 she worked as research scientist at TNO Strategy&Policy on projects positioned on the crossovers between spatial planning, economic development, public administration, new technologies and process innovation. Beitske is a frequent speaker on conferences and (guest) lecturer at various universities, Board Member of the Dutch-Flanders foundation De Plandag and columnist for Archined, Dutch Platform for Architecture & More.

Karim van Knippenberg MA MSc is PhD Student at Ghent University, Department of Mobility and Spatial Planning. His research is part of the OpenHeritage project and research focusses on methods, tools and instruments for adaptive and community-led reuse of heritage sites, with a special emphasis on understanding of heritage beyond the traditional heritage-as-object and heritage-as-construct, towards a more performative and evolutionary understanding of heritage (including notions such as expressivity, creativity and affectivity). Karim holds a Bachelor Degree in Landscape Architecture and Spatial Planning (Wageningen University, 2015) with a thesis on heritage within the declining city of Heerlen; a Master Degree in Heritage Studies (Free University Amsterdam, 2017) with the thesis titled `Tracking the Heritage Tourist: About Heritage Tourism and Visiting Patterns in a Historic City´; and a Master Degree in Spatial Planning (Wageningen University, 2017) with the thesis titled `The Other Past: a cross-cultural exploration of various conceptualizations of heritage´. During his studies, he was interim at the Dutch Ministry of Infrastructure and the Environment, Research Institute Alterra and The Association of Small Villages Limburg (VKKL).

Prof. dr. ir. Luuk Boelens is full professor and director of the Department of Mobility and Spatial Planning, Ghent University. His research is centered around the actor-relational approach of planning, and emphasizes the process of network building, in which various actors and spatial entities are brought together around new and innovative business cases and spatial associations, in order to attract new, robust and sustainable market alliances. This approach is theoretically built on actor-network theory, complexity theory and relational geography. Together with numerous PhD researchers, he has applied this approach to a wide range of planning issues and challenges, including housing, heritage, sustainability, climate change, urban economy, energy transition, open space, etc. From 2004-2014 Luuk was extraordinary professor Spatial Planning at Utrecht University, from 2000-2013 Director of spatial planning consultancy form Urban Unlimited, from 1998-2002 project leader at Holland Railconsult, from 1983-1998 project leader at the Province of South Holland, the Netherlands. Luuk holds a Master Degree and a PhD in Urbanism (1990) from the Delft University of Technology.