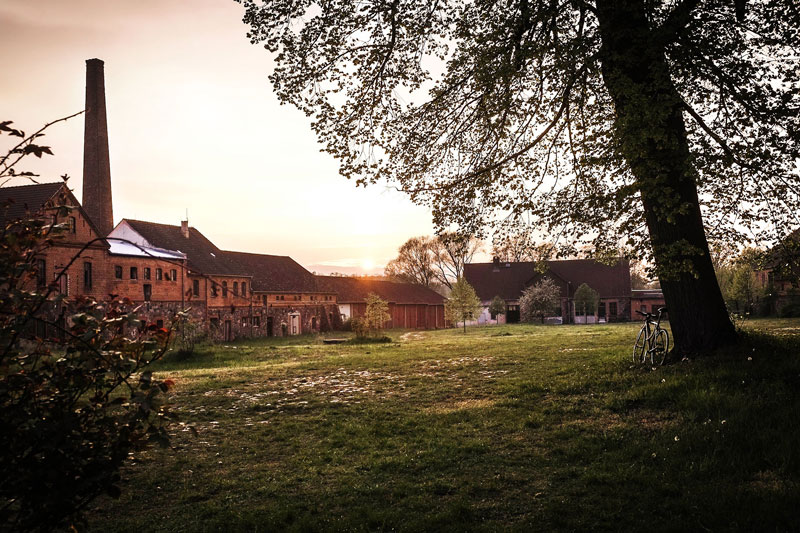 The Hof Prädikow site has been mentioned for the first time in the 14th century. The relicts of the old castle are still visible in the cellar of the manor house. After centuries of aristocratic ownership the Hof Prädikow site was converted within the land reform of 1946 to a state-owned property. The entire estate of about 9.5 ha was still used for agricultural purposes within the German Democatric Republic times. After the German reunification in the 1990s the Hof Prädikow site was used by a series of tenants, but became more and more an abandoned complex. About 20 years later some young Berlin citizens discovered the site and began to develop first ideas and concepts for revitalizing Hof Prädikow. In 2016 trias foundation purchased the site and concluded a building lease contract with the Mietergenossenschaft Selbstbau e. G. In January 2017. Today, a group of 24 adults and 12 kids organises the activities on the manor and the development of the site. Several work groups have been formed. Public tours and a great number of activities are provided. The group also expedites the communal housing project and the development of the site. Hof Prädikow has been presented at the EXPERIMENTDAYS 17 in Berlin.
OpenHeritage supports the project group to deepen its understanding of the heritage aspect of the site. The group already had begun to ask people living in the area about their stories and memories about the site, in order to establish first contacts and also to get useful information. The exchange with Stiftung trias and the OpenHeritage community led to the idea to collect these stories more systematically and to the decision to make the heritage aspect one of the unique aspects of the site, the village and the surrounding area. Additionally, the work has helped the project association to develop long-lasting structures with the villagers and the regional networks like “Netzwerk Zukunftsorte” through meetings and workshops, gathers reception not only regional, but national and international.
On a larger scale the development of Hof Prädikow is meant to be an example, a best-practice project showing that downscaling of rural areas cannot only be stopped but even turned to the opposite. This building ensemble is meant to be a core to develop new perspectives in abandoned rural settlements. Just living is not enough as it will generate new commuting streams between the center (Berlin) and the rural area. Therefore, it is a vital goal to generate workplaces, which is mainly aimed at computer work and others, not dependent on the infrastructure of a big city. An additional gardening project is meant to supply dwellers directly.

Collaboration has started between different actors: as the Local Action Plan was prepared by project partner Stiftung trias and agreed upon by the project group, discussion has started within the project group on determining the future usage of several buildings in the manorial compound.
There were two workshops organized by the Lab. They aimed at understanding the different perspectives, needs, feelings and expectations of the project group and the surrounding population. The result is a common approach for the village barn / village community center and perhaps further project initiatives.
The decision was taken that the “Dorfscheune” (English: village barn) will be converted from a barn for agricultural use to a community center for the Lab site and the neighboring village. It will be the physical link between the village and the Lab area, which is seen as very important for a successful integration of the people moving in the coming years. The focus of a “task force village barn” workshop in 2019 was set on the exchange between the project group and village inhabitants regarding the aspects of architecture and heritage for the renovation of the barn. 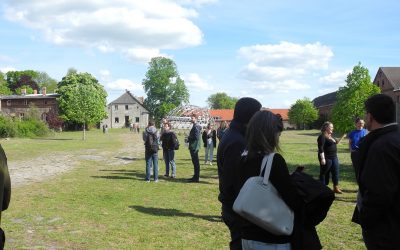 The third meeting of OpenHeritage consortium members was held on 13-14 May in Berlin. The meeting’s venue was ExRotaprint, the former site of the Rotaprint printing press manufacturing plant...